I have interesting issue with API for Application Segment. We want to have all application segments defined in git and push them to ZPA. We found out that while using current pyzscaler-1.3.0 we are unable to remove UDP ports via empty udpPortRanges API command, but we are able to clear it via “soon to be deprecated” payload “udpPortRange”:. 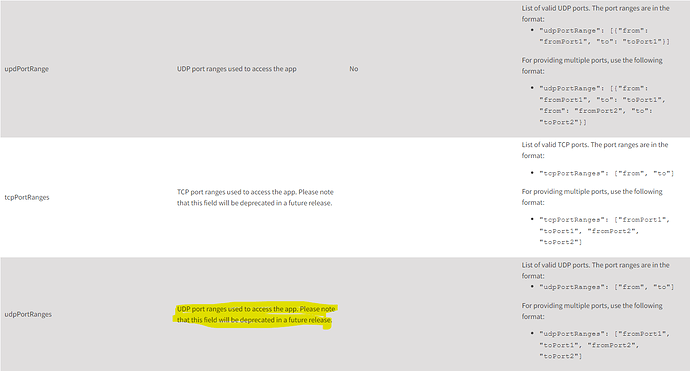 With udpPortRanges we tried three different method with support and all of them failed:

We have also confirmation that currently it is not supported to clear ports via udpPortRanges command.

From my point of view this should be implemented, even support confirmed that udpPortRange command will not be deprecated and if then it would be announced in advance.

What the community thinks about it?

I am also tagging @mkelly for reference, as he created unofficial pyZscaler SDK which is also not supporting older method. btw, I would like to really thank you, it is great and it makes usage of API much easier for other!

Do you think this should be implemented and we should ask for Enhancement request for it?